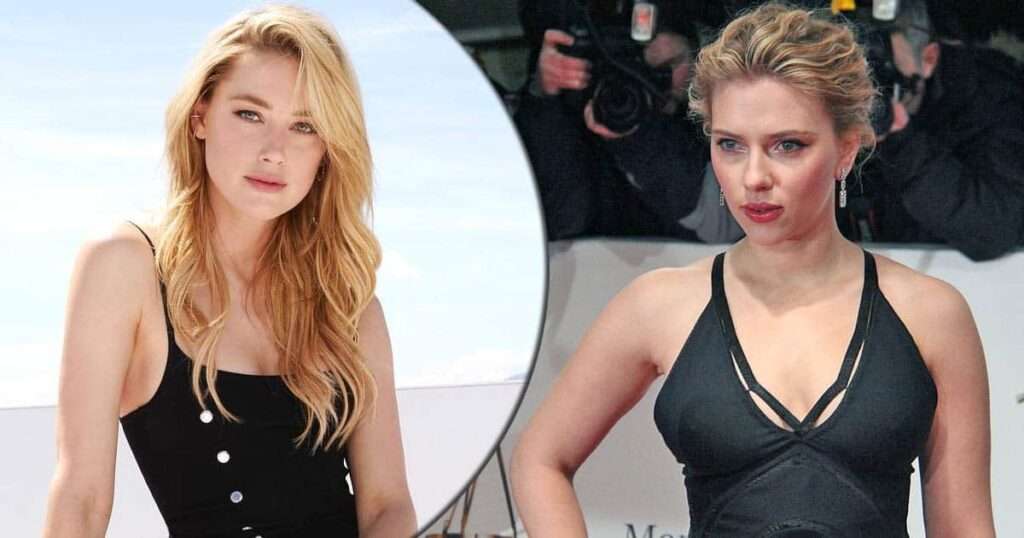 Several celebrities have often worn the same or similar outfits on different occasions. Amber Heard and Scarlet Johansson, the blonde bombshells of Hollywood, have had many moments where they have worn matching outfits. Though people have pointed out how it is the Aquaman actress who seems to take inspiration from Scarlett.

Both the Hollywood beauties have wowed fans through their red carpet looks. They have been daring and tried out various styles. The Jojo Rabbit actress has made her mark through her fashion choices, so of course, Heard would be inspired by her if she did.

Once, when The Rum Diary actress attended the Metropolitan Opera Gala in NYC in 2012, she walked the red carpet in a stunning black silk Yves Saint Laurent halter dress. It was the backside that caught all the attention as Amber Heard flaunted her skin with a crisscross back. She wore bold red lipstick and had her golden locks in a bun and a few strands following on her face.

Just a month before, Scarlett Johansson attended the Golden Camera Awards in Berlin, where she walked down the red carpet that seemed to have inspired Amber Heard. The Black Widow actress left the jaws dropped in a s*xy black Calvin Klein gown, which had a similar crisscross back. The dress flaunted the actress’ curves.

Unlike Amber, Scarlett Johansson went with a darker bold lipstick. She accessorised with teardrop earrings, and her hair was off her face completely. Though each actress brought ooze to this style in their own way, if we had to choose one, it would be the Avengers: Endgame actress.

Scarlett Johansson’s dress was amazing. The strip detail added extra oomph. But when it comes to hairstyle, we loved what Amber Heard has going on. The few strands with a gentle curl made it hard to look away.