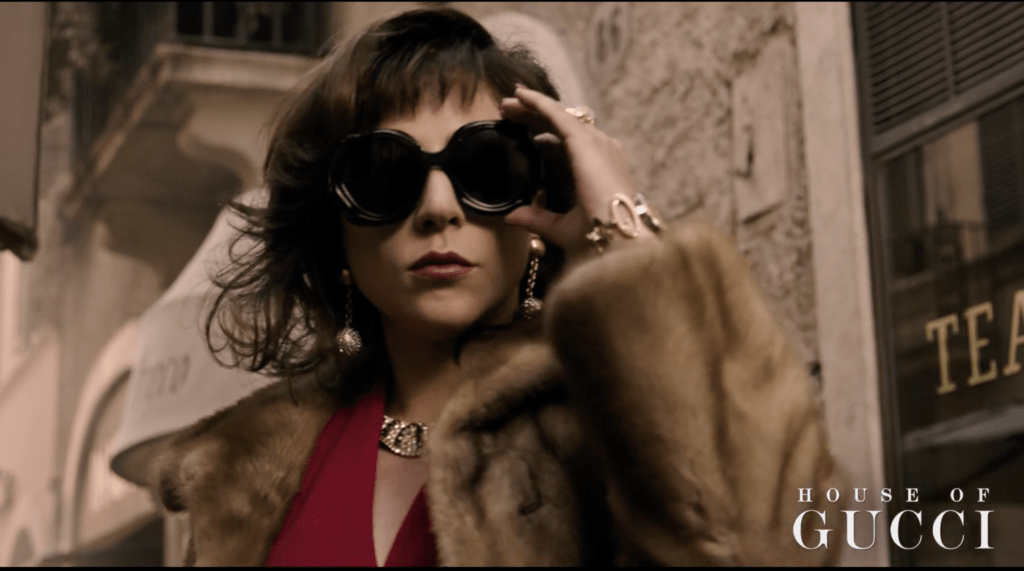 We’re in the thick of November, which means the last of fall’s unseen Oscar contenders are preparing for their big unveiling—the final pieces, if you will, of the awards season puzzle. In kicking off this closing wave, House of Gucci presents something of a muddle.

Formal reviews are embargoed until just the day before the film opens widely on November 23, but screenings started in the past few weeks for press and industry members on both coasts, with social and general reactions permitted as of this afternoon. I saw Gucci in late October: As directed by Ridley Scott, the biopic goes big in just about every conceivable direction, starting with a nearly three-hour-long runtime and continuing to the varyingly thick accents, wild wigs, and heavy-handed soundtrack.

This may be a difficult film to take seriously in an awards context. Part of this is to Gucci’s creative benefit—generally speaking, the campier the better—and part of this, well, isn’t. Scott’s film begins as a tense, lavish getting-to-know-you romance centered on Patrizia Reggiani (played by Lady Gaga) and Maurizio Gucci (Adam Driver); their relationship tests the bonds of the Gucci family until, after the death of Maurizio’s father, Rodolfo (Jeremy Irons), the couple move into a controlling position of the company. From there, Scott awkwardly balances the outrageous disintegration of the Patrizia-Maurizio marriage—culminating in Patrizia’s plot to have her husband killed—with the evolution of the Gucci brand under the embattled Maurizio’s leadership.

Gucci is its own beast, but its primary interest in the intersections of wealth, crime, and family particularly resembles Scott’s 2017 drama All the Money in the World. Its Oscar fate may be similar too.  The expansion of the best-picture lineup to a full 10 could present a narrow window of opportunity for a more commercial play like this—a possibility we’ll continue to watch as others of its description, such as West Side Story, begin rolling out—but a lengthy, somewhat clunky middlebrow drama such as this one still faces a challenge.

There’s a true standout performance here from Lady Gaga, funny and fearless and—crucially, in a movie prone to losing the thread—completely commanding. She centers, even grounds the movie while having a grand time doing so. Accordingly, she’s firmly in the conversation for a second best-actress nomination, but how far she can go largely depends on the movie around her. It lets her down somewhat once Maurizio and Patrizia separate, ceding much of the narrative space to Driver’s character. The structure of the film means Gaga starts stronger than she finishes.

The rest of the cast’s prospects don’t shine as brightly. Al Pacino and Jared Leto certainly pop as Maurizio’s uncle and cousin, respectively, but they’re very much in their own, much sillier movie—Leto especially. Broadly comic work finds occasional embrace in the supporting categories, but typically for comic films (see: Melissa McCarthy in Bridesmaids, or Robert Downey Jr. in Tropic Thunder); Leto’s work will prove polarizing. Driver, meanwhile, faces a different problem: He’s understated, working with too muted a character to gain much traction in a stacked best-actor category. (Below the line, it’s hard to imagine Gucci’s hair and makeup team missing out on recognition for their vivid contributions, and any Gucci movie is surely going to get a look in the costume race.)

A project like Gucci poses an interesting challenge: Can memes fuel a movie to a best-picture nomination? (A Star Is Born says maybe!) Okay, I kid, but there’s a real point in there too: After this year’s pandemic-induced hiatus, the 2022 Oscars will welcome bigger-budget theatrical fare back into its elite fold, and while the fervor around Gucci’s marketing may have little to do with quality, the excitement remains palpable. If a true hit, this bonanza of vowel-heavy screaming matches, ski trips gone awry, and layered prosthetic makeup jobs will mark a swift, post–The Last Duel box-office comeback for Scott and an unlikely Hollywood success story. For an industry just getting back on its feet, that could count for a lot.