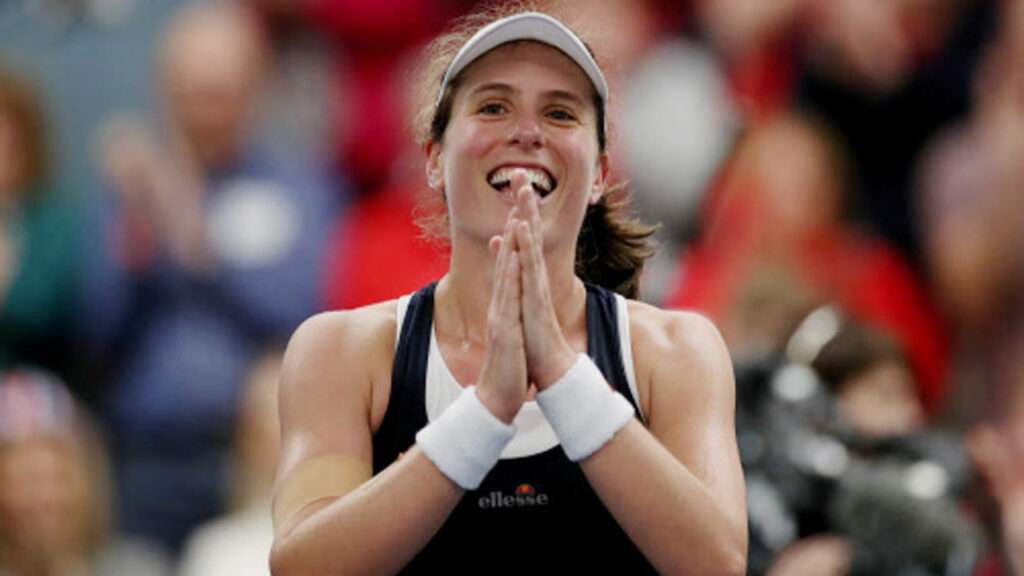 Johanna Konta can leave professional tennis knowing she gave everything

As the 2015 tennis season began six years ago, Johanna Konta’s name was nowhere to be seen on any main-draw sheet. Six months earlier she had briefly reached the top 100 for the first time in her career but, as had been the case throughout her career in those days, she always ended up dropping back down the rankings and having to grind through the ITF Pro Circuit and qualifying events once more. Konta quietly lost in the first qualifying round of the Australian Open.

Even as she struggled mentally and failed to achieve her lofty goals, Konta always worked with the belief that she could be more. That year she decided to base herself in Gijon, Spain, with her coaches, Esteban Carril and José Manuel García, and she worked diligently with the mental coach Juan Coto, who left a strong mark on her career before his tragic death in 2016.

Things slowly clicked into place, and by the end of the summer she was finally playing with joy. She embarked on a career-defining 16‑match winning sequence that started with a title at an ITF $50k event, where she won $7,600, and ended in the fourth round of the US Open with a cheque for $209,595. In a few months she had risen 100 places in her rankings and once there, she did not leave for seven seasons. She has earned $10,008,175 in prize money alone.

As Konta moves on from professional tennis after her retirement, the pathway she trod towards the top of the sport is her defining success. So many talented, capable tennis players slip through the cracks and spend their entire careers stuck outside of the top 100 or even lower, unable to make a definitive leap and join the best players in the world. “I got to have a career and I could have just as easily not gotten to have a career where I got to make a living from the sports,” she said on Wednesday.

But Konta became one of the best female British players of the Open era. Her list of achievements is impressive. She reached three grand slam semi‑finals between 2016 and 2019, including Wimbledon in 2017, and won the Miami Open in 2017. Born in Sydney to Hungarian parents before moving to England at 14, she brought Great Britain back to international competition in the Billie Jean King Cup.

Her career shows that that many players simply require the right circumstances to thrive and that professionalism, hard work and resilience are essential.

There has been little doubt about Konta’s physical capabilities since her breakthrough. She was an excellent natural athlete, having grown up running well over 800m, and she was armed with some of the most potent weapons in the game. Her first and second serves were both formidable and she possessed some of the heaviest groundstrokes on the tour.

While she could bulldoze most defences on any given day, her career was also defined by its streakiness. She would slip into a solid rhythm and rack up excellent results over a series of weeks, but there were also long stretches where she struggled to win matches. Later in her career, Konta tried to broaden her skillset, incorporating more slices, drop shots and variety to her game to some success, but she lacked the soft hands and technical proficiency of some of her peers.

While she maximised her game and put herself in the position to win the biggest titles, once there she just lacked the nerve and audacity of some of her peers to take them for herself. Konta’s greatest opportunity came at the French Open in 2019 when she reached the semi-final in some of the form of her life and led Marketa Vondrousova, the world No 38, by a break in both sets, but eventually lost.

As her career progressed, Konta became far more embedded in the tour. She is a player representative of the WTA player council and although she tends to keep to herself on the tour her peers re‑elected her last month. Her relationship with the press was sometimes strained, but she could also be eloquent and assertive.

For many of the three decades between Jo Durie’s 1984 Wimbledon quarter-final and Konta’s first successes, it was difficult to even remember what a top British women’s player looked like. But Konta embodied it during her career and offered a reference point for young players beyond her. It is unlikely to be a coincidence that Emma Raducanu’s success has followed so soon after her.

Some athletes struggle with their new lives after retirement, or with the nagging frustrations about the career they left behind them. But Konta will sleep soundly in the knowledge that every step of her career was imbued with maximum effort, focus and professionalism. She left everything on the court and she can leave fully satisfied by all she achieved on it.